The 25-year-old actress made quite the impression at the event, which also featured appearances from figures such as Ana de Armas, Miranda Kerr and Emma Roberts, among others.

The performer’s appearance at the function occurred during the production process of a long-awaited animated film, in which she is set to voice its main character. 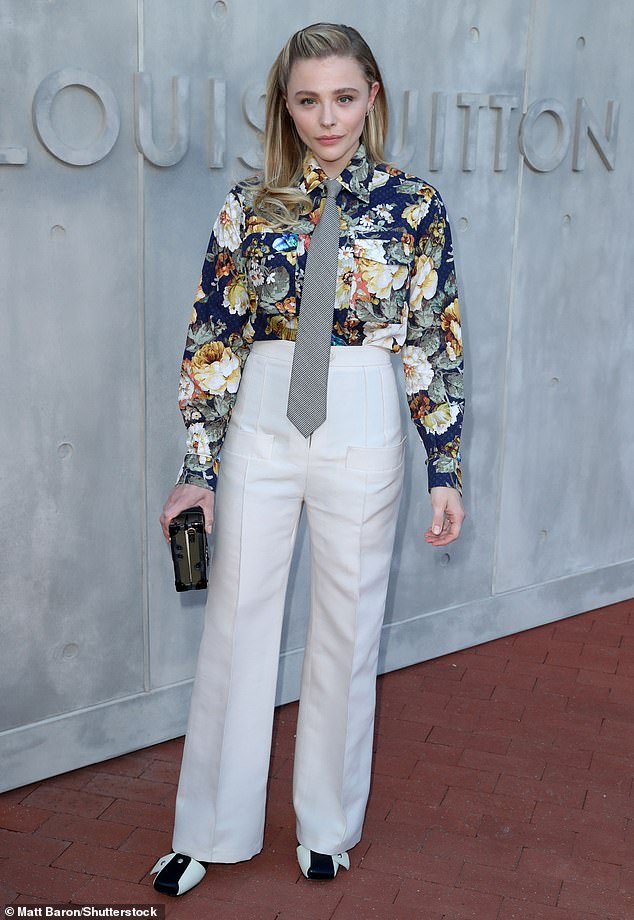 Moretz donned a floral-printed button-up shirt that was contrasted with a black-and-white tie during her time at the event.

The performer kept a black clutch with her for much of the function, and she accessorized with several earrings.

Her gorgeous blonde hair fell onto her shoulders and contrasted perfectly with the eye-catching design of her top. 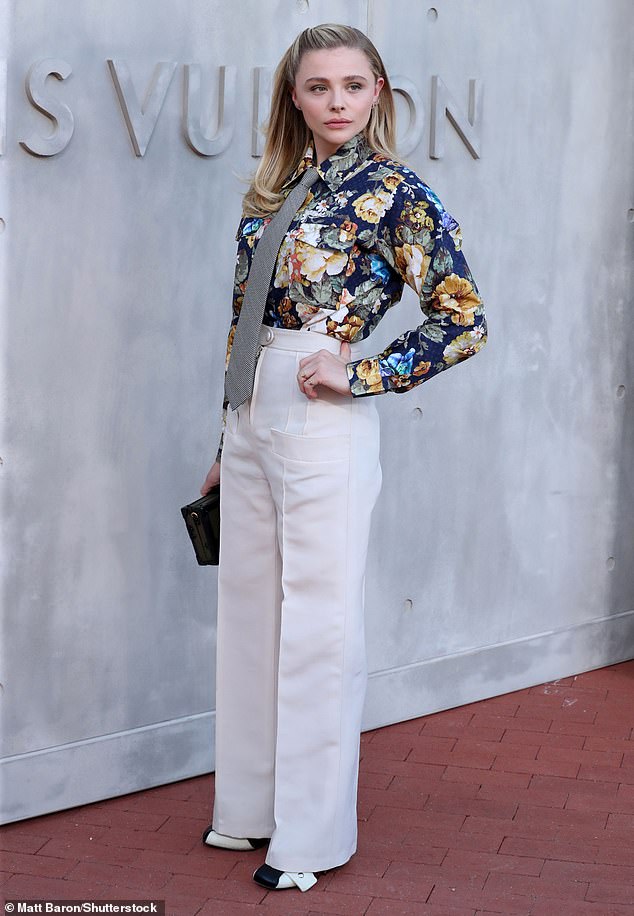 Moretz’s attendance at the event comes just a month after it was confirmed that she would voice the title character in the upcoming animated fantasy feature Nimona.

The forthcoming feature is based on the comic book series of the same name, which was released in 2015.

The movie will be centered on the character of the same name, who has shapeshifting abilities and aspires to become a sidekick to knight Ballister Blackheart.

Also set to lend their voices to the forthcoming movie are Riz Ahmed and Eugene Lee Yang. 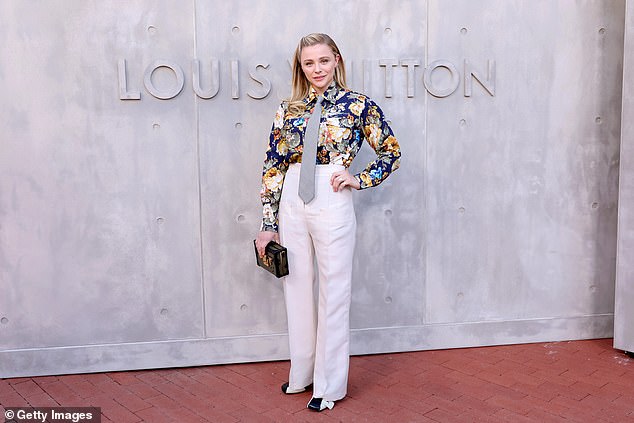 Standing out: The Dark Shadows actress tucked her top into a set of slim-fitting white pants, and she rocked a set of dual-tone shoes

Development on Nimona began in 2015 when it was announced that 20th Century Animation had acquired the rights to the project, which was supposed to be produced by Blue Sky Studios.

Although there was much concern about the feature when Disney acquired Fox in 2019, it was assured by executives that the film was still in production.

It was later revealed that the in-production movie would be released in January of 2022. 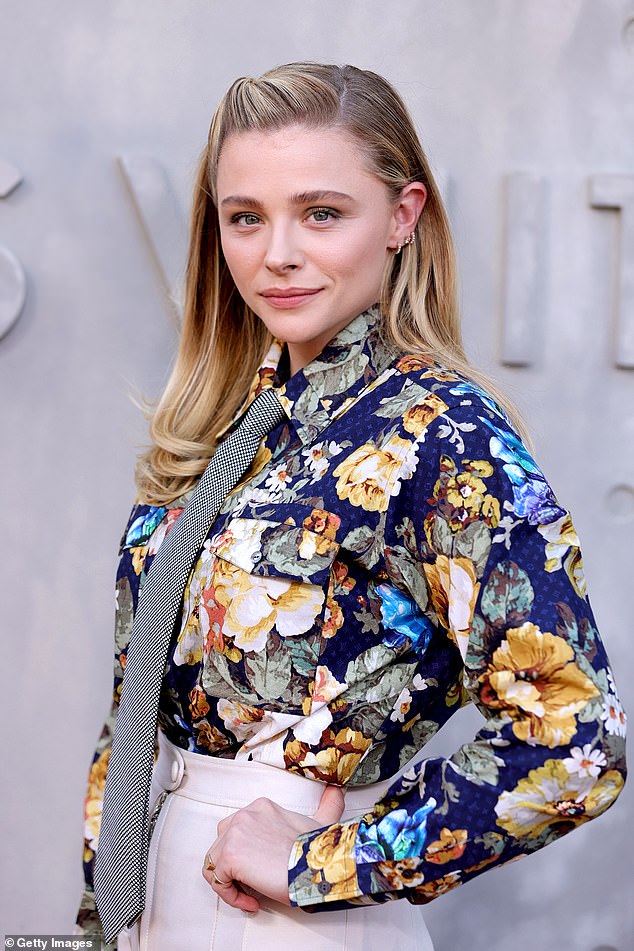 Lovely locks: Her gorgeous blonde hair fell onto her shoulders and contrasted perfectly with the eye-catching design of her to

However, it was announced that Nimona would not be released in February of last year.

The feature was reportedly more than three-fourths of the way through production when work was shut down.

According to Insider, there was also pushback regarding the movie’s LGBT+-related themes, as well as a same-sex kiss. 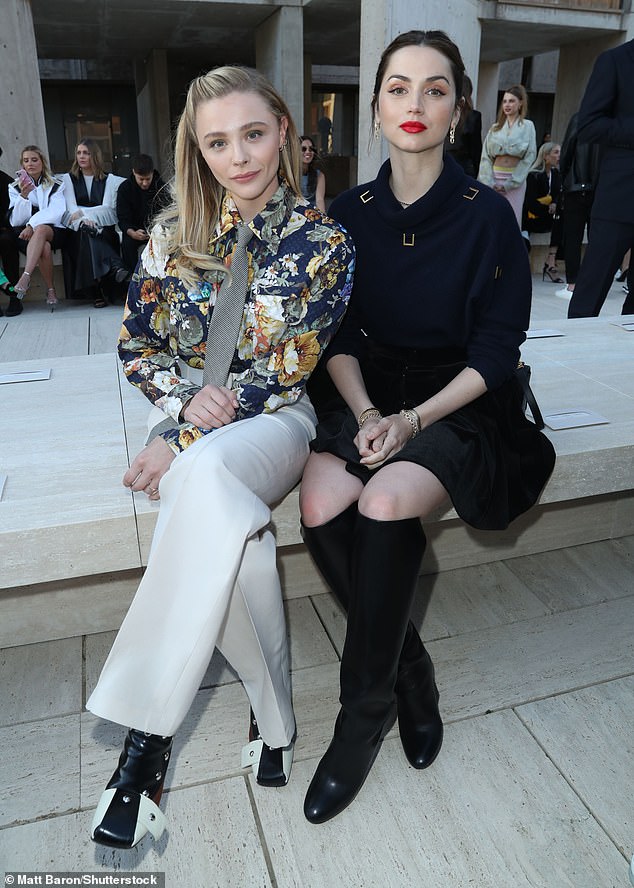 Last month, however, Nimona was brought back into production, with Annapurna Pictures acquiring the property.

Moretz promoted the feature on her Instagram account by sharing an image of its main character on April 11.

Nimona is now set to be released on the Netflix streaming platform at an unspecified date in 2023.