Prior to taking on the role as Laure Petrie on “The Dick Van Dyke Show,” Mary Tyler Moore appeared alongside future “MAS*H” star Wayne Rogers in the western classic TV series “Stagecoach West.”

According to IMDb, “Stagecoach West” follows characters Luke Perry and Simon Kane as they run a stagecoach line in the Old West. They encounter a wide variety of killers, robbers, and ladies in distress. They are also accompanied by Kane’s young son David. The show starred Rogers alongside Richard Eyer and Robert Bray.

Mary Tyler Moore appeared in the 1961 episode, “The Dead Don’t Cry” as Linda Anson. The episode’s summary reads, “Upon arriving in Tucson to visit his brother, Luke Perry learns that the young man fled town when he was falsely accused of murder. Although the true culprit was soon captured by the army, wanted posters offering a large reward – dead or alive – have been sent out to every corner of Arizona and ruthless bounty hunters are still searching the desert for [the] fugitive.”

The series ran from October 1960 to June 1961 and has 38 episodes total. The show ended only one season. Despite “Stagecoach West” being a failure, Rogers went on to take on other leading roles on the small screen. This includes “M*A*S*H,” “Murder, She Wrote,” “House Calls,” “Chiefs,” and “City of Angels.”

Meanwhile, Mary Tyler Moore ended up with an amazing acting career and after her appearance on the “Dick Van Dyke Show,” she earned her own sitcom “The Mary Tyler Moore Show,” which ran for seven seasons from 1970 to 1977. The actress went on to become an activist for animal rights. In January 2017, she passed away from cardiopulmonary arrest complicated by pneumonia. She was 80 years old.

Following Mary Tyler Moore’s passing in 2017, Dick Van Dyke opened up about the late actress while speaking to The Hollywood Reporter. While recalling first meeting the actress, Van Dyke said, “She was 23 years old, gorgeous of course, and had a kind of mid-Atlantic accent. She sounded a little bit like Katharine Hepburn. My first question was, ‘Can this girl do comedy?’ After that I said, ‘She’s a little young for me.’ I got to be on hand and watch her grow into the talent she became. She was just the best.”

Van Dyke also recalled presenting Mary Tyler Moore with her SAG Life Achievement Award. “She had moved to upstate New York and was already beginning to succumb to the diabetes, so outside of talking to her and her husband Robert, I didn’t see her unless it was an occasion like the SAG Awards.”

Van Dyke went on to add that he was so proud of her and her achievements. “Outside of her family, I don’t think there was anyone more proud of her than I was. Just to watch her grow was such a thrill for me. She left an imprint on television comedy.” 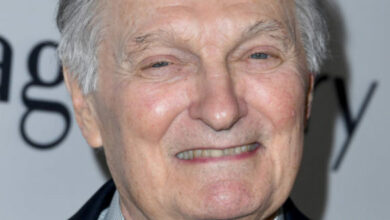