Shows like MAS*H provide an escape from reality. Being entertained may not be the most important thing, but it’s almost a human necessity.

After all, reality can be tough sometimes. Giving our brains and hearts a break from the every day is important, just like resting one’s muscles. Someone who sincerely believes in this idea is Alan Alda.

The MAS*H star is always looking deeper. Whether that’s in science, communication, or, of course, entertainment, Alda is voracious in his quest to learn. In 2019, he gave some context to the idea of the importance of entertainment.

The Guardian talked to Alda about a speech he gave after receiving a Lifetime Achievement Award from the Screen Actors Guild. The speech touched on trying to bridge opposing sides in the modern climate.

“It may never have been more urgent to see the world through another person’s eyes than when a culture is divided so sharply. Actors can help, just a little, by just doing what we do,” Alda said in his acceptance speech.

In the interview, the MAS*H star follows up on the speech. He addresses the idea that he or other actors only do their work out of narcissism.

“I wanted to say something about how what we do might be regarded by other people as an exercise in narcissism. Because we [actors] really perform an important function, which is to help people live other people’s lives vicariously and we do that through empathy, and we make a real contribution when we do it well.”

Some of Hollywood and entertainment may be self-absorbed. But Alda appears to truly want to communicate and bridge gaps.

Most associate Alda with his work in MAS*H and various other roles. However, his longest-running role was as a host of American Scientific Frontiers. The PBS program looked to be more educational than entertaining, touching on new scientific discoveries. It ran from 1990-2005, with Alda hosting from 1993 onward.

As Outsider’s own John Jamison wrote up, Alda credits some of his acting to that transition. He may have always loved science, but he didn’t realize acting would help him.

“It’s very interesting that my work as an actor really was a perfect preparation for me to help scientists communicate better,” Alda said to Stony Brook University. “Because there’s something fundamental about the acting experience, which is the connection between one actor and another. It gets rid of jargon. If I know you can’t understand a word that means the world to me but means nothing to you, then I can say it in plain words to you.”

As some may know, Alda hosts a podcast called “Clear & Vivid.” The podcast is also related to his acting career, as it focuses on communication. Which ‘M*A*S*H’ Actors Appeared In The First And Last Episodes? 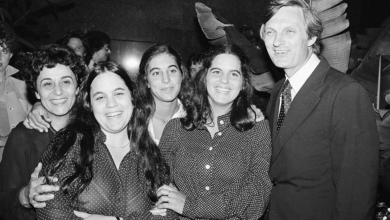