On MAS*H, it wasn’t too unusual for a nurse to appear, then disappear.

It’s common for fans to wonder whatever happened to Nurse Cutler or Nurse Dish.

But according to the book MAS*H F.A.Q., it’s nurse Lt. Ginger Bayliss whom fans probably most missed after her sudden departure from the show.

Played by Odessa Cleveland, Ginger Bayliss was introduced in MAS*H’s first season and appeared in 26 episodes.

For Cleveland, it was her first major TV role, following an appearance on The Bold Ones.

Not much is known about Cleveland’s career, but it’s reported that her dream from a young age was not to be an actor, but a physical education teacher.

She wound up getting a degree in P.E. from a famous football college in Louisiana called Grambling, but instead, she moved to Hollywood, where she quickly got booked for TV commercials without having any agent.

Once in Los Angeles, Cleveland took a job as a receptionist at a famous writing workshop called Watts Writers Workshop, where she also contributed as a writer.

Because the Writers Workshop became so popular, it soon expanded to host a theater group, and Cleveland became a fast standout as an actor of “immense and intense brilliance,” according to The Los Angeles Times in 1980.

She caught the right eye and her appearances at the Watts Theater led directly to her casting on MAS*H.

For MAS*H, Lt. Bayliss was intended to be developed as a romantic interest for Spearchucker Jones.

But while Ginger appeared more often than her love interest and even took on moving episode arcs that she held on her own, producers eventually cut both characters so that audiences had fewer people to track.

Ginger’s final appearance came in a 1975 episode called “The Late Captain Pierce,” after which she abruptly disappears from the show.

Cleveland continued acting in the Seventies and Eighties, appearing on TV shows and in TV movies, including a guest spot on Trapper John, M.D.

As the roles — mainly nurses — stopped interesting Cleveland, she pivoted back to her original love of writing, publishing poems in magazines for many years.

She also eventually made use of her P.E. degree and became a teacher at the Los Angeles Unified School District for a brief period.

After that, as Florida Today reported in 2006, Cleveland “stayed out of the limelight,” doing one last TV movie in 2010, but not seen onscreen since. 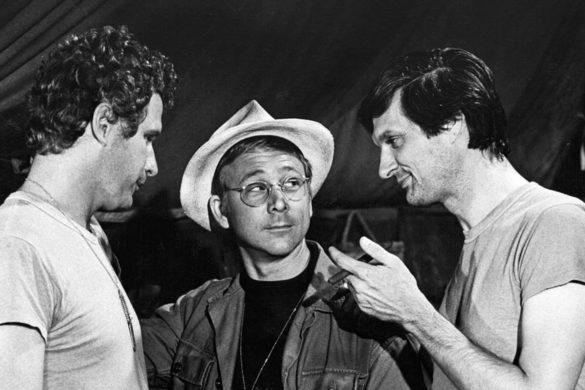 ‘M*A*S*H’ Star Wayne Rogers Explained How He and Alan Alda Watched Show Years On: ‘Like You’re Looking at Somebody Else’