In the season four episode “Smilin’ Jack,” we meet a helicopter pilot who seems to have everything going for him. He charms Hawkeye and Col. Potter alike, he asks out a pretty nurse, and he’s even up for the Pilot of the Year Award. He’s three people away from bringing in the most 𝕨𝕠𝕦𝕟𝕕𝕖𝕕 and setting the record, currently held by a pilot known as “Dangerous Dan.”

Of course, everything is going a little too well for Smilin’ Jack. It’s revealed that he’s been hiding his diabetes diagnosis, because he wouldn’t be allowed to fly with it. He’s insistent on breaking the record and no amount of pulling rank or stern talk can dissuade him.

The man behind Smilin’ Jack, Robert Hogan, was already a familiar face to audiences in 1976. While he never landed a main cast role for a critically acclaimed series, he made guest appearances in more than 90 shows over five decades. He also played recurring characters on beloved shows like Alice, General Hospital, Days of Our Lives, Murder, She Wrote and many, many more.

He was also well-loved behind the camera. Bernard Fine, the writer-creator of Hogan’s Heroes named the lead character after Robert Hogan. Now that’s a friend! Fine pushed for Hogan to take the main role as well, but the network wasn’t sold. They wanted a bigger name with more star power behind it for the lead, and at the time, Hogan had some solid soap opera experience and guest spots on shows like The Twilight Zone and The Donna Reed Show, but it wasn’t enough.

Obviously Bob Crane got the lead role instead. However, the show would forever carry Hogan’s name in Fine’s tribute to his friend. Robert Hogan must not have been too upset, because he would go on to guest star twice on the show (“Reservations are Required” and “Crittendon’s Commandos”). 5 most memorable moments from the series ‘M*A*S*H’ 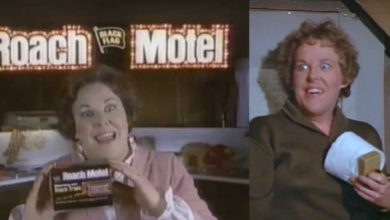